MY LIFE AS A RADICAL FEMINIST 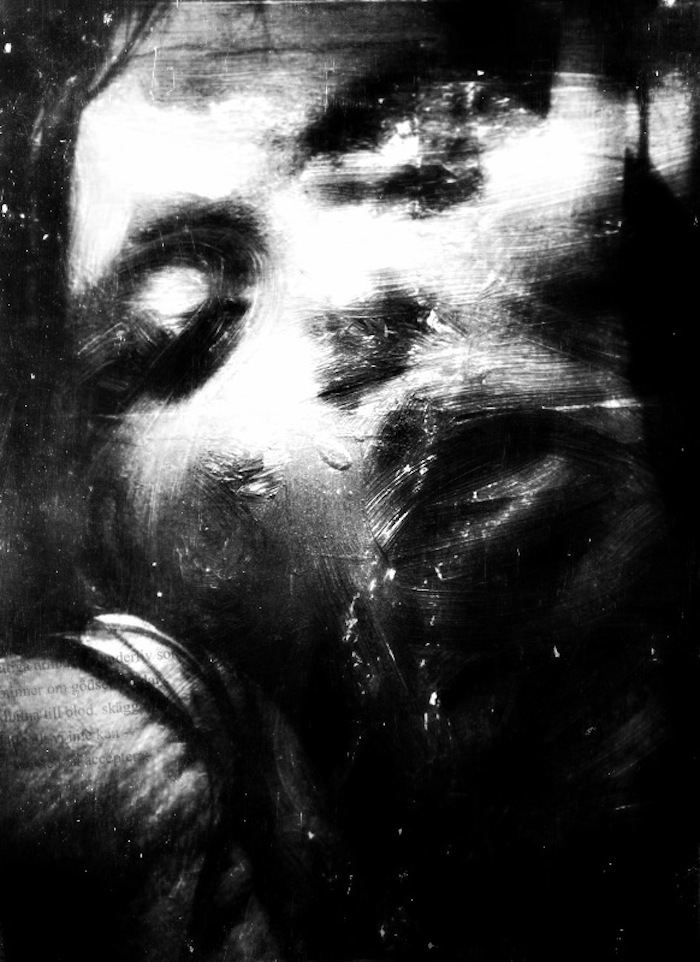 … I painted a painting. Red with a hint of mechanical pattern collapse, almost an apocalypse of a closed system, a mechanical system that is horrified by man and begins to dream of female breasts, male chests; of guilt and responsibility. The system knocked out in non-bloom. The system was within a framework where previous – Now, now, it strikes through the frame, like in other pictures and frames – no stop there, no obstruction ruler or circuit. Three images of young Syrian women are incorporated into the painting, they are tortured, raped, they are tied up, they are filled with deep scars – a man in uniform looking down upon them from higher elevation . A picture , a photo from a pornographic magazine is cut out and pasted, inserted into the canvas. She enjoys not, she enjoys through a mask – behind is a suffering, a suffering – the psychologist will find it in the corner of her eye, right side, of left eye. The mechanical patterns are aggressive – like tentacles around the image of the woman, they swirl around her, behind her – a sublime three-dimensional image is obtained – we see the reality of life. Some excuse themselves, throwing up – the frame falls from the room. The room, the painting that multiplies and gets bigger, the woman screaming from a corner – we realize, we should realize – realize years covered with blood, theeth pulled out, with Forced Penetration. …

[First written in Swedish. Translated in Google Translate. Almost no alterations after that. Greetings from me and The Machine.]